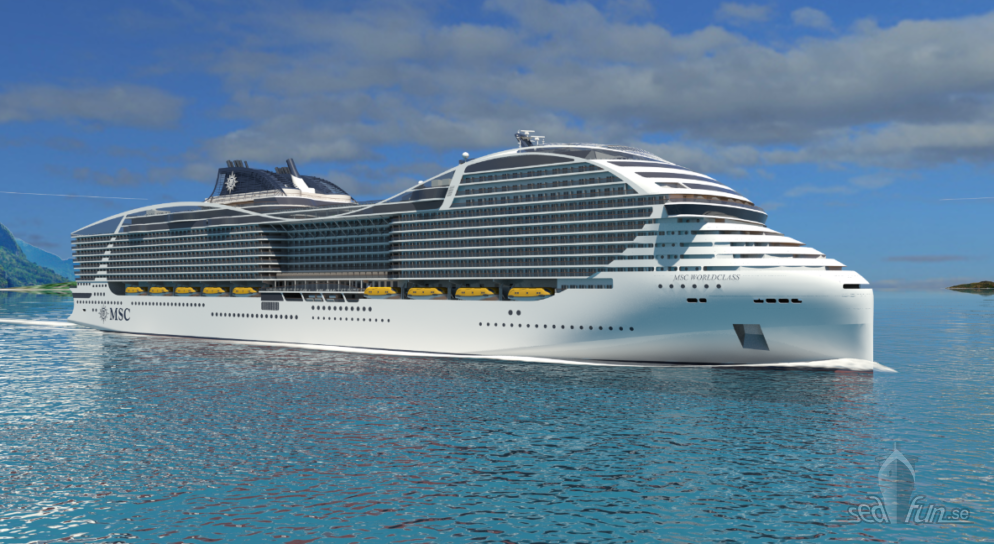 First, it was announced that an agreement was signed for the construction of MSC Cruise's third and fourth natural gas-powered MSC World Class vessels, to be delivered in 2025 and 2027, respectively. With 205 in gross tonnes per vessel, they will be the first natural gas-powered cruise ships built in France. Compared to normal marine fuel, natural gas reduces sulfur emissions and dust formation by 000%, NOx emissions by 99% and carbon dioxide emissions by 85%. These contracts involve a capital investment on the part of MSC Cruises of more than two billion euros.

These three agreements total an investment of more than EUR 6,5 billion.

Pierfrancesco Vago, Chairman of the Board, MSC Cruises, said at the time:

“The three agreements signed today extend our investment plan until 2030. They are based on an outstanding collaboration with Chantiers de l'Atlantique which has already resulted in 15 highly innovative cruise ships over the last two decades, and which will give rise to many more vessels in Saint-Nazaire's shipyards over the next ten years. They also confirm that environmental sustainability is important for the industry, and in this case also helps the French national industry to further consolidate its position as a world leader in the development of the next generation technology and other solutions. "

Headquartered in Geneva, Switzerland, MSC Cruises is the MSC Group's cruise division. The MSC Group is a privately owned leading shipping and logistics conglomerate based in Switzerland and owned by the Aponte family.

For EUR 11,6 billion, MSC Cruise's current fleet will be expanded from 17 to 25 vessels by 2027. In addition, the company is investing an additional two billion euros in a new luxury cruise brand consisting of four motor yachts, one per year between 2023 and 2026.